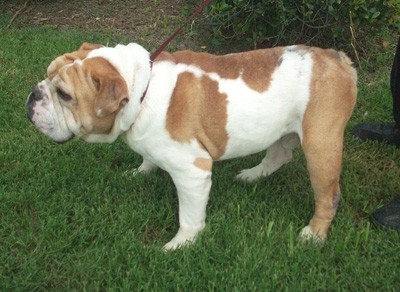 This sweet young man has been in a shelter in Alabama for the last month.  He was noted to be dog and cat aggressive, in “shelter speak” is not adoptable. He’s 2-3 years old, heart-worm negative and neutered.  With humans is nothing but LOVE, LOVE, LOVE.  He has an absolutely beautiful expressive face and is very playful.  He has some skin issues probably from fleas, but to be on the safe side we are feeding him a premium grain free food. We aren’t sure if he was a stray or an owner surrender but was very happy to be out of doggy jail and into Mommy Candy’s home.  He found his new toys quickly and made himself comfortable.

Update:  Presley attended his first bulldog meet up for Halloween.  He was surrounded by several dogs and although initially did well, he gets overwhelmed with all the attention.  He is not aggressive to other dogs, but in fact, just doesn’t want them in his face.  He sat calmly and watched the activities but if another dog got too close, he let them know he wasn’t interested.  He never once lunged aggressively to engage another dog into a fight.  Foster Mom says he ignores other dogs when outside to potty.

On the medical front, Presley was evaluated for a limp in his hind legs.  He doesn’t have any orthopedic injuries but does have arthritic changes in one hip. Putting increased pressure on the other hip has caused that one to become sensitive as well.  He’s on medication to decrease the inflammation and pain.  Foster mommy Candy says he seems to be getting around much better on this new medicine.

Update:  His hip is still causing some concern.  We are trying new medications along with Glucosamine and keeping our fingers crossed for improvement.

Update:  His new medicine is working wonders on his hips but he will have to be on it for the rest of his life.  The cost will be about $45.00 a month….we tried to keep it as inexpensive as possible.

Update 01/19/11:  Poor boy continues to have hip and skin issues.  Presley is now a permanent foster.

Update 5/8/12: Please keep Presley in your thoughts and prayers. He is at the vet getting a mega work up for weght loss and lethargy. He has been a permanent foster because of hip issues and a few behavior problems. His white blood cell count is elevated and his kidney function is impaired. He will be getting an ultra sound in the morning.

Update 5/9/12: We got a possible diagnosis for Presley. Ultrasound demonstrated a problem with his adrenal glands, called Addison’s disease. The ear infections may have sent him into an Addison crisis, which is why his kidney function was so poor (one o…f the manifestations of a “crisis”). Addison’s disease happens when the adrenal glands no long produce steroids. It can also happen when a person or dog stops taking steroids without tapering. Presley’s isn’t from steroid use, apparently he’s developed it. It is probably the reason he’s been more lethargic and has had a poor appetite the last 3 months. He will stay at the vet for the moment and have more testing tomorrow to confirm the diagnosis, then will begin treatment.

Update 5/15/12: Despite the results of the ultrasound, blood work does not confirm that he has Addison’s Disease. He will be transferred to GVS tomorrow for more intensive evaluation and treatment. His condition has improved only slightly.

Update 5/16/12: His condition is guarded and he’s lost even more kidney function in the last few days. For now, he’s comfortable, getting IV fluids and having al his vital signs monitored. We will know more tomorrow afternoon after the internal medicine specialists have evaluated him.

May 19, 2012: Despite our best efforts, Presley was not able to withstand the assault of acute kidney failure and died peacefully surrounded by people who love him yesterday afternoon.  Thank Dr. Ross and the many vets at GVS who did everything possible to bring him through this illness. Presley joined GEBR in January 2010 and battled with some orthopedic issues the entire time we had him.Our hearts go out to Candy, his permanent foster mom of two years, who is devastated by this loss.  He is running free at the Bridge with no pain or emotional baggage. 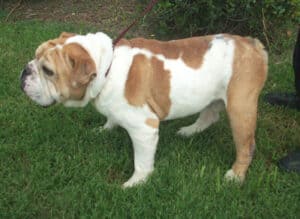 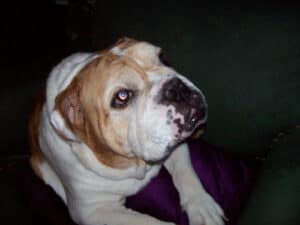 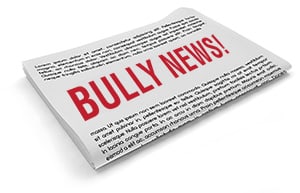